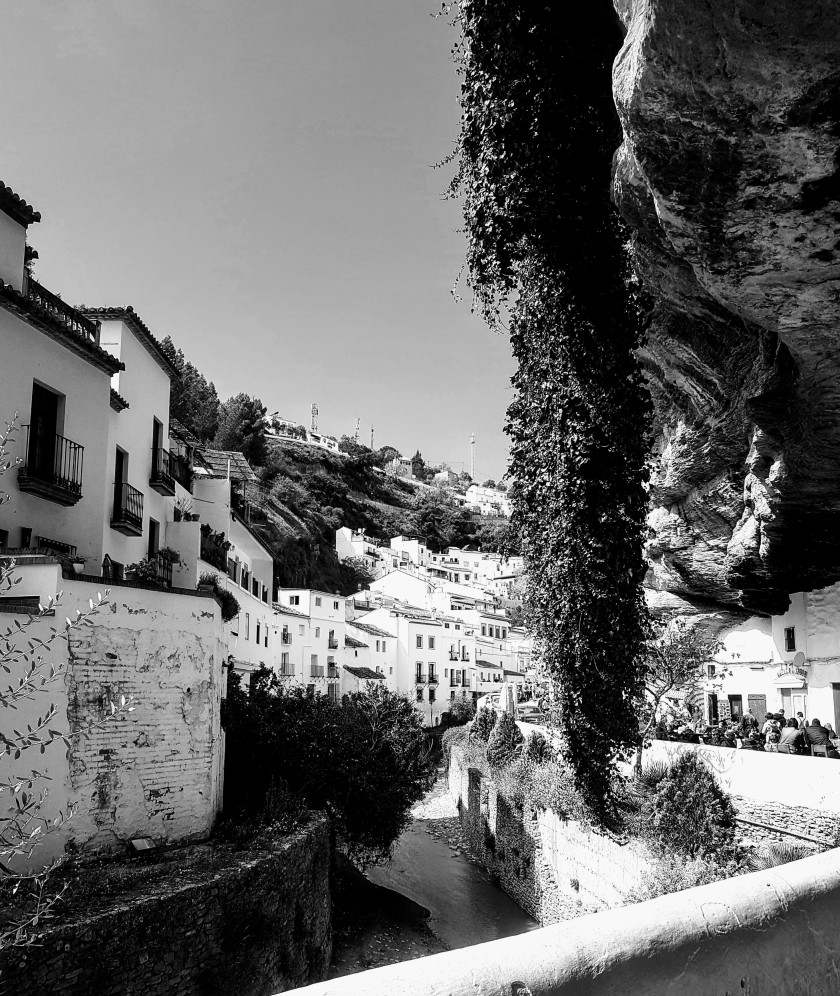 I have fallen in love today.

And it’s with a rock.

Or a rock formation.

Or the geologic combination of minerals, chemicals, and natural processes.

And it looks like I’m not the only one. 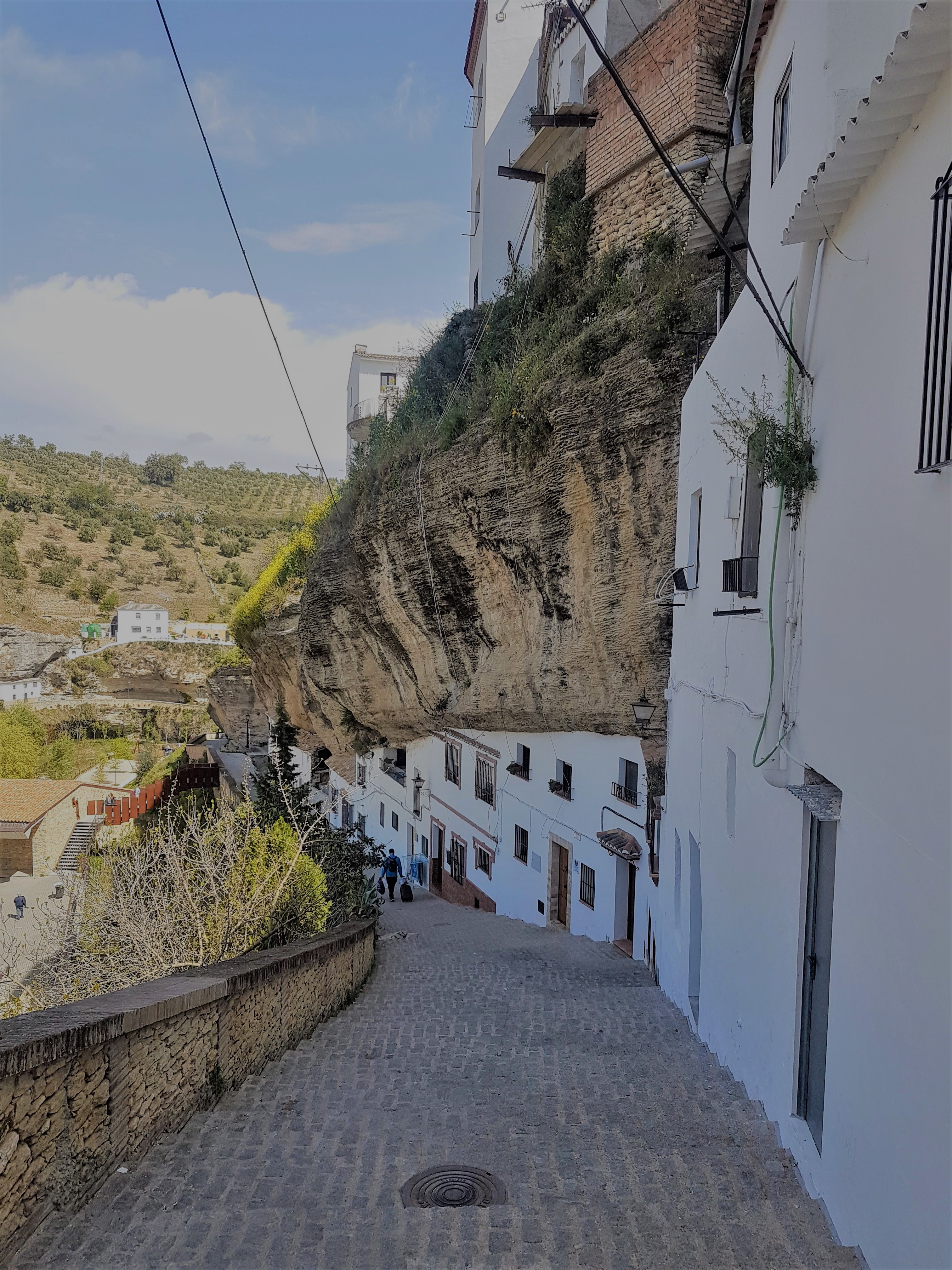 A host of buildings have cozied up to this mountain’s crouched form and filled out its edges to create the village of Setenil de Las Bodegas.

Or, could it be the other way around?

The bulbous granite oozes between the houses as though the mountain wished to embrace the village itself. Creeping over its roofs century by century like a slow, solid lava flow, it wakes the occupants through their windows each morning in soft rimmed light and rocky shade.

And the buildings, so carefully and expertly crafted, impeccably repainted each year, fit the nooks and crannies of the cliff just a little too well if you ask me, as if they’re returning the hug.

It’s settled then. A mutual love. The two grew into each other’s arms.

Now, the long fronded vines hang in lazy arms from above, offering a protective touch to the streets. They curl tendrils towards the sun and pose for their pictures, helping to soften the dark histories, the centuries’ of viciousness, land taking and land losing and people jealously guarding goods, and lull you into the fantasy that the Setenil promises.

It’s a wonder, to be sure, this little enclave of secrets millennia old, of bandits and hideouts and cached goods. Of modern conveniences and the regular habits of visitors and residents.

It’s a pocket of Spain that when I breathe in deeply contains an essence of every other corner in this country I’ve toured so far. The smell of hot street in the sun against the woodiness of some lingering vegetation. The drifts of cigarette smoke, a bright sniff of flora and fauna here and there, and the clink of ceramic cups on plates. The oldness of the walls juxtaposed with the laughter of living voices and the quietness of tires as cars slide effortlessly around tight corners –

It’s a place to let your mind wander as you walk up steep, colorful streets. The walls of the buildings and the edges of the cliffs indicate a rim of sorts and you at the center of its cup. So consider this a safe haven to let your imagination spill free. Fill up all the crevices, wash up the walls, shed light on the specters climbing home. Internalize the bygone eyes peeking out of tiny windows down at the modern goings-ons below. 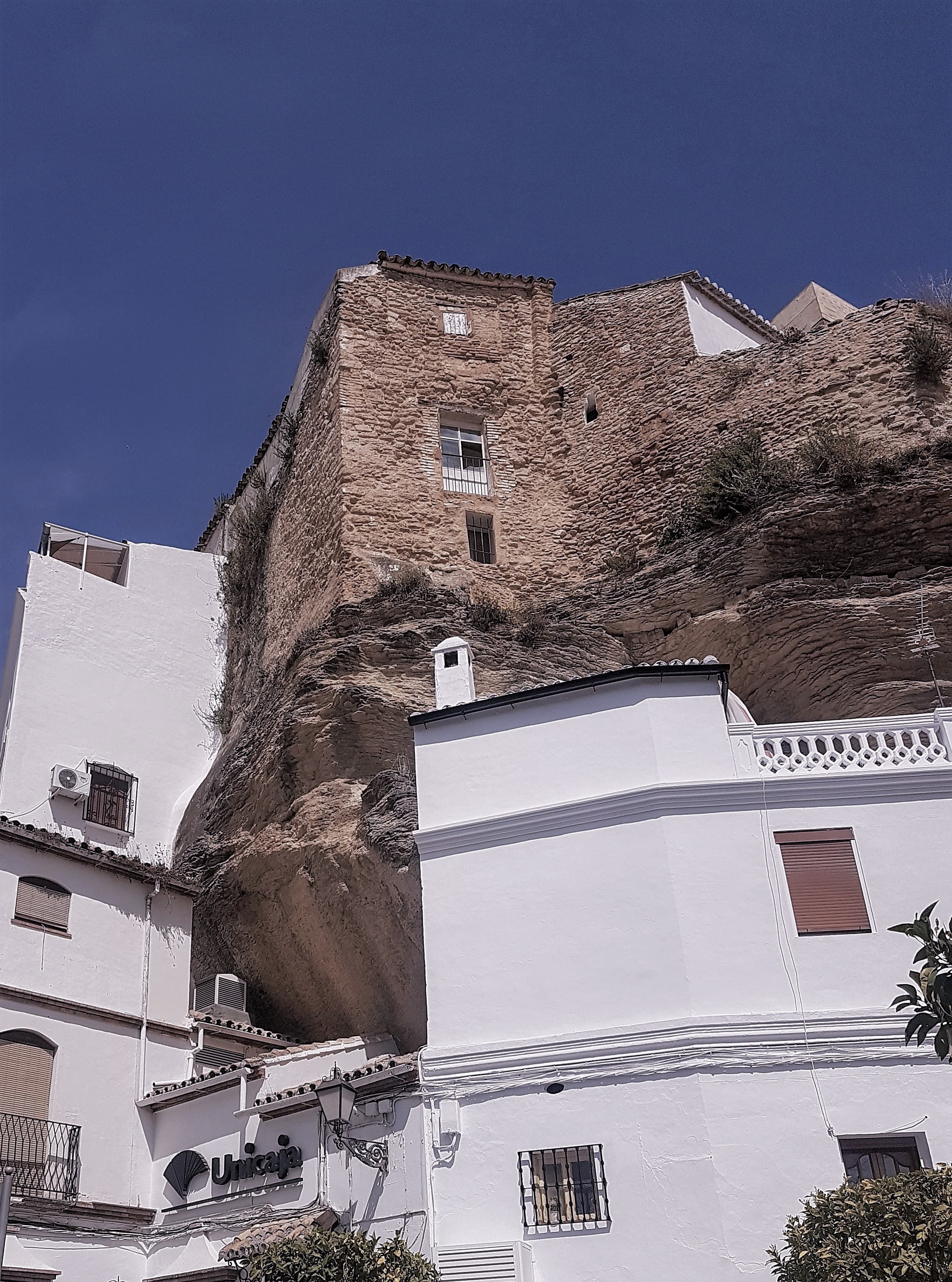 You can forget the the romanticism if you’d prefer. It’s still a place to get a drink and a bite to eat in the sun or in the shade with other tourists. Mix and mingle and enjoy the commerce of today within watered and shaded and sun speckled hollows. Inquire about those caves you’ve heard of, let your shop keepers make their final tallies on paper scraps, and ask for the local specialty when the time is right for a meal.

Just be aware, when you begin the process of leaving a place like I am about to do with Spain, it makes sense to start saving up experiences, to make room on the shelf for those that will evoke something warm and worth missing later on. It took several failed trips but I finally managed to navigate this little cup that is Setenil de Las Bodegas, whose contents promised the most fanciful views and normal everyday life all tangled up.

This is the space where the cliffs and the houses have made their marriage for a good many years and it was a masterful process cultivating this beauty from the rough, this protection from the jaggedness, a lesson not in eroding but in fitting. 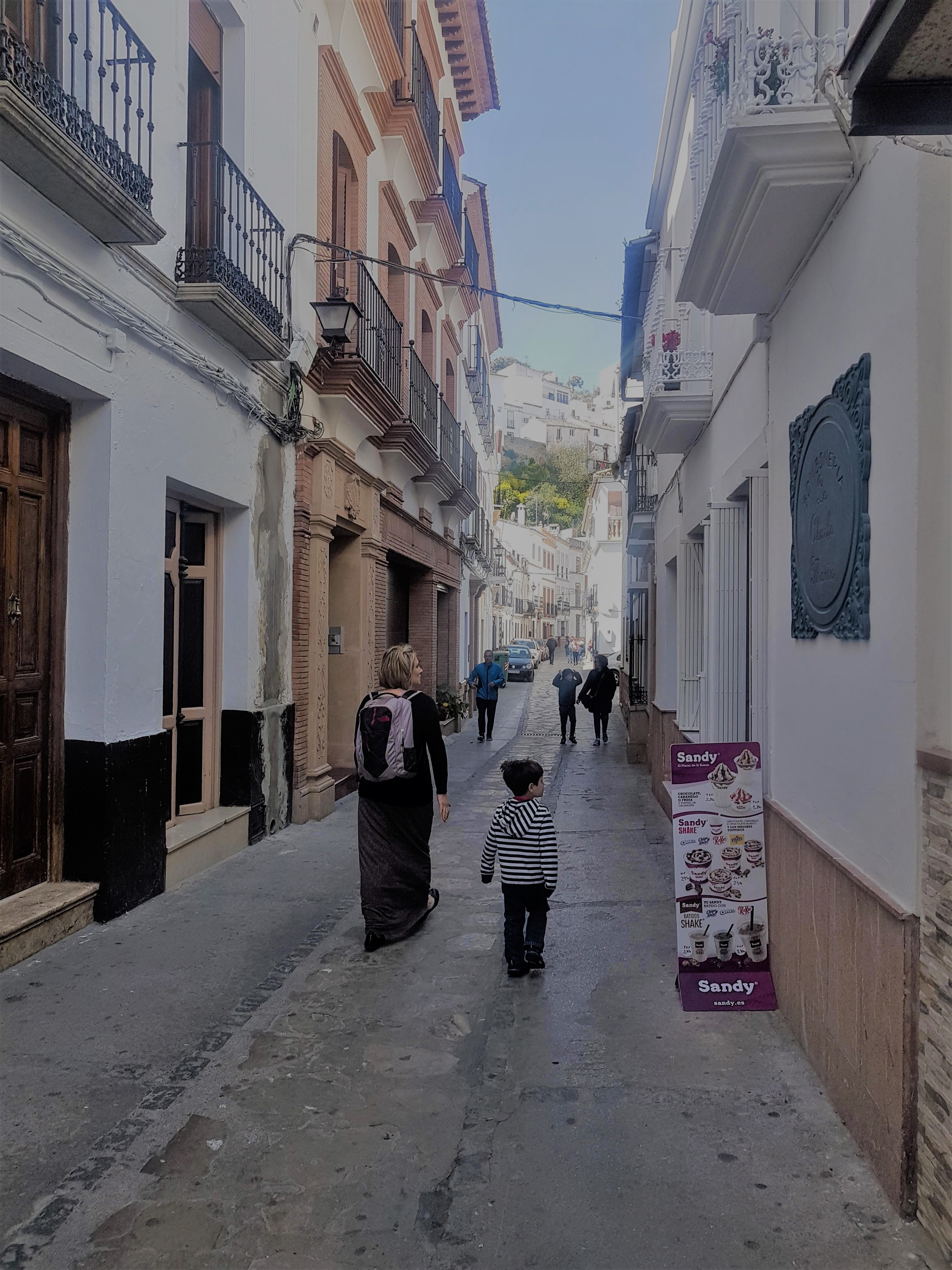 Take this testimony as the antithesis to anyone’s statement that this town is only worth 20 minutes of your time and a picture. Give yourself time to ponder the insides and outs instead.